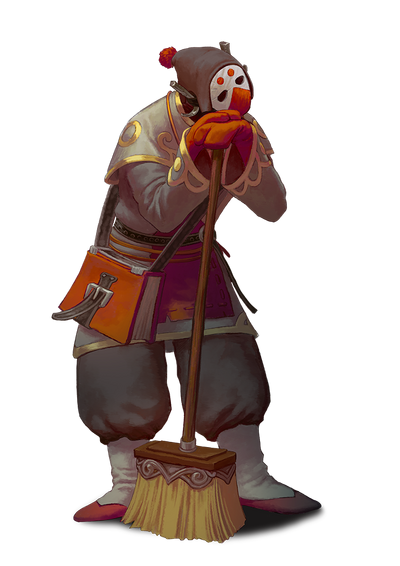 Masked wizard wielding a broom. Who even is this guy?

Unlocked by acquiring Nim's Enchanted Broom and completing sidequest: "Vandalism at the Academy"

Not only vaporizes enemies, the steam also removes grease stains from the dining hall flagstones.

A less-fortunate student at the Astral Academy, Nim finances the Academy fees by working as a cleaner before and after classes.

The mysteriously masked caretaker is a taciturn mystery who prefers short conversations and solitude.

Nim is eager to collect the Nine Parchments, for a completed spellbook means a swift end to a life of servitude at the Astral Academy.

Nim is voiced by William Ash.